Today I’m addressing a question from one of my readers about how she does not feel desired by her husband.  I realize that this is not the norm in most marriages, but I am finding that this concern is starting to become more and more prevalent.  Now some of you reading this probably wished you had this woman’s issues because you deem having sex with your husband as a chore, but that’s another post.  However, imagine how you would feel if your husband did not pursue you and you did not feel desired by him.

Question: What do you do when YOU (the wife) desire sex and your husband does not? It is a good marriage, both husband and wife are faithful and strong Christians and she is praying much over this issue, but she is unfulfilled and feels undesired by her husband. This is directly opposite of the situation most women find themselves in and therefore, there is not a whole lot of Godly advice out there. Can you offer any thoughts? 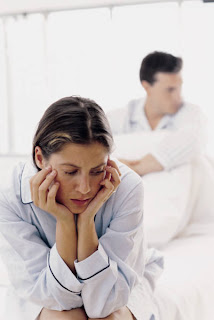 So now you’re married.  Life has taken place.  Arguments have happened.  Kids are added into the mix.  Outside ministry has taken place.  And your man’s pursuit of you has ended.  He’s caught you.  The passion that you once had early in your marriage is now just a distant memory. You feel sexually unfulfilled and undesired by your husband.  You wonder why your man isn’t pursuing you and you don’t know what to do.

This woman is feeling the complete opposite of what the ‘norm’ is in most marriages.  She doesn’t have the problem of him wanting more sex so I’m sure it is hard for her to not think that there is something wrong with her.

Seeing how I don’t know this wife personally and I can’t probe any deeper, I need to make a few assumption regarding this question.

I am going to assume that the wife in this scenario feels undesired by her husband rather than knowing for certain how her husband truly feels about having sex with her.  I am assuming she is wrestling with her feelings and his lack of actions towards her, rather than speaking to him directly and hearing him say outright that he does not desire her.  These are two separate issues and today we’re addressing the wife’s feelings.

Here’s a list of things to consider as to why a man might not be desiring his wife.

Let’s look at the man first:

Tomorrow we’re going to take a look at the wife and see if she’s contributing to her husband’s lack of desire.  Plus I’ll give you some practical ways to solve some of these issues.  (You can read Part 2 here.)

Need some encouragement and guidance in your marriage?  Grab my latest book, Wives of the Bible:  25 Easy Lessons You Can Learn from these Imperfect Women that Will Radically Transform Your Marriage.