As a young child I cried A LOT.  My nickname was ‘A bucket of water’. (Seriously.) After many years of growing up with older brothers I had no choice but to toughen up.  Rug burns and bruises can do that to a gal, you know.  So over the years I learned to stuff my feelings and put my walls up to protect my overly sensitive heart and the result of that was a young gal that was mean and one that fought often.  In fact, I was sent to the Principal’s office twice during my elementary school years because of fighting!

The fighting in me continued on well into my teen years and then into young adulthood.  Although I no longer used my fists, instead I used my words, and let me tell you, I would tear people up! Eventually the crying in me became less and less as more walls went up to barricade my heart.  I found that place to be the most safest, so that’s where I stayed. 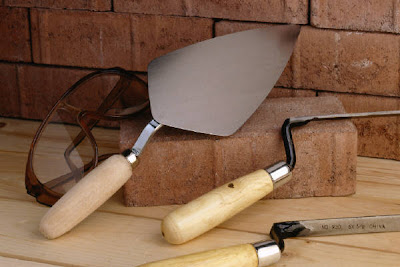 Then I met Jesus Christ and He changed my heart.  He began to heal it and soften it.  And He started to tear down the fortress that was surrounding it!  (That was and still is a painful process!)

A few years later when my Beloved entered my life, seeing how I was a Believer, the idea of fighting with him didn’t sit so well with my spirit.  But I didn’t know how to react when we had a disagreement and I was unsure of how to respond as well.  So instead of yelling and screaming and using my hurtful, venom-filled words, which was my natural tendency, I would retreat from the argument.  I would go into flight mode.  At the time I thought that was the healthy way, the Christ-like way a godly woman should deal with any disputes.  Let me tell you right now, that is clearly NOT the case!  (Just a quick note:  a submissive wife does not equate a silent wife because that path will soon lead to bitterness, but that’s another post.)

The concepts of fight or flight modes are very common in our relationships, (mainly marriage is where you see it most) so I want to develop them and bring in some examples from the Scriptures for you.  This will be a longer post that I didn’t want to break up in parts, so stay with me here.  Plus I want to present the right path, the path of vulnerability to help you in your relationships: marriage, parenting, friends, you name it.

Let’s take a look into the Bible to see how others responded in difficult times. Today, I’m going to use the Apostle Peter.  An example of fight mode for him is when he chopped off the ear of the high priest’s servant.  You just gotta love the spunk of Peter!  Now I might not go around cutting off someone’s ear, but from time to time I’d sure love to slap someone!  Or maybe use some stabbing words to get back at them?  Am I alone in this or are you hearing me too, friend?

Then Simon Peter, having a sword, drew it and struck the high priest’s servant, and cut off his right ear. John 18:10

An example of flight modefor Peter was when he denied knowing the Lord three times for fear he would be taken into custody just like Jesus.  The man took off.  He bailed.  He ran away.  Sometimes it’s just easier to not deal with things rather than to face them, isn’t it?  Ya, fear does that to us sometimes.

But Peter said, “Man, I do not know what you are saying!” Immediately, while he was still speaking, the rooster crowed. And the Lord turned and looked at Peter. Then Peter remembered the word of the Lord, how He had said to him, “Before the rooster crows, you will deny Me three times.”  So Peter went out and wept bitterly.  Luke 22:60-62

Fight or flight is not anyway the Lord wants us to handle our relationships, specifically the relationship of our marriage.  Of course both modes are easy to do. Who doesn’t like to fight and be right in the process?  Or who doesn’t want to flee a difficult conversation or position?  Both of these tendencies are very natural for our flesh, but neither of these ways are pleasing to the Lord, nor will they benefit our relationship, in fact, they will hinder the growth of it.

So this brings us to vulnerability.  Sometimes I hate that word because it implies laying down my pride or bolstering up some courage.  Either one makes me uncomfortable because I have to get over myself!  Are you with me on this one as well, friend?Here’s a look into Peter’s vulnerability:

Jesus is getting to Peter’s heart in this passage.  Christ is restoring Peter after he denied Him three times.  Peter had a choice to let Christ in and change him, or not.  We have that same choice to be vulnerable as well.  Every. Single. Day.
Obviously it is much easier to be vulnerable with Jesus!  He’s not going to hurt us.  Now the Holy Spirit might prompt us to die to our flesh, which causes pain, but that pain does not cause scars on one’s heart.  Really it’s the scraping of our scars that hurt. Christ is trying to heal our wounds and sometimes when you get a wound, not only do you have the pain from the wound but there is also pain when you are cleaning it out.  Have you ever put hydrogen peroxide on an open wound?  If you have, then you know it burns like crazy.  Sometimes the cleansing of our wounds can be more painful than the wound itself.  It’s the same premise here with our hearts.  Christ is cleaning out your wounds and tearing down your walls, but you are safe when you’re vulnerable with Christ.  Now with another human being, that’s a whole nother matter.  When they hurt us, we either fight back or run away and then our walls go up!
It took me awhile to learn to be vulnerable with others especially since I felt like I was emotionally retarded.  All those years with all those scars somewhat paralyzed me emotionally.  It’s like I had grown physically and mentally, but emotionally I was still like a toddler.
Here’s a glimpse of where I was at one point on the emotional growth scale… It was during my engagement to my man and one night he kept telling me over and over how much he loved me.  Sweet, right?  Here was my response:  “Can you please stop telling me how much you love me because it makes me feel uncomfortable.”  Now what woman in her right mind would say such a thing?  Out loud?  To her finance?  That would be me, of course!  I just didn’t know how to handle all those emotions.
So dear sister, one of the things that I say to you often is to share your heart with your man.  That statement means to be vulnerable.  I know how hard that is but with the help of the Holy Spirit you can overcome the fight or flight modes that your flesh brings into your relationship.
Here’s one more biblical example of what Peter did to show this power, but first, let me give you the background.  After Jesus died, the Apostles were fearful for their lives.  At times the Scriptures said they stayed together in the upper room where they kept the doors locked.  Later the Holy Spirit came upon them at the day of Pentecost.  (Acts 2:1 and 2:4)  With the power of the Holy Spirit filling Peter this is what he had to say to the Jews, the men who crucified Jesus and the same men that he was fearful of.

“Therefore let all the house of Israel know assuredly that God has made this Jesus, whom you crucified, both Lord and Christ.”

Peter is preaching the gospel message to murderers and he is not fearful (flight) and he is not angry (fight).  Make no mistake about it, Peter’s boldness came straight from the power of the Living God!  His openness (and vulnerability) was due to the Spirit of God dwelling directly in him.
Now the world may equate vulnerability to weakness, but that’s another lie from the Enemy because it takes great strength, a supernatural strength from the Holy Spirit to show that kind of humility to another human being.  We, as sisters in Christ, have been given that same boldness and openness because we have the Comforter guiding us and living within us.  Jesus Christ will help you to overcome all of your fight or flight tendencies and He will brace you and support you so you too can become vulnerable.Have the faith and tap into that Power, sweet friend!

« Kick Insecurities to the Curb: Learn to Embrace God-Confidence
You Mean I Should Glorify God? »